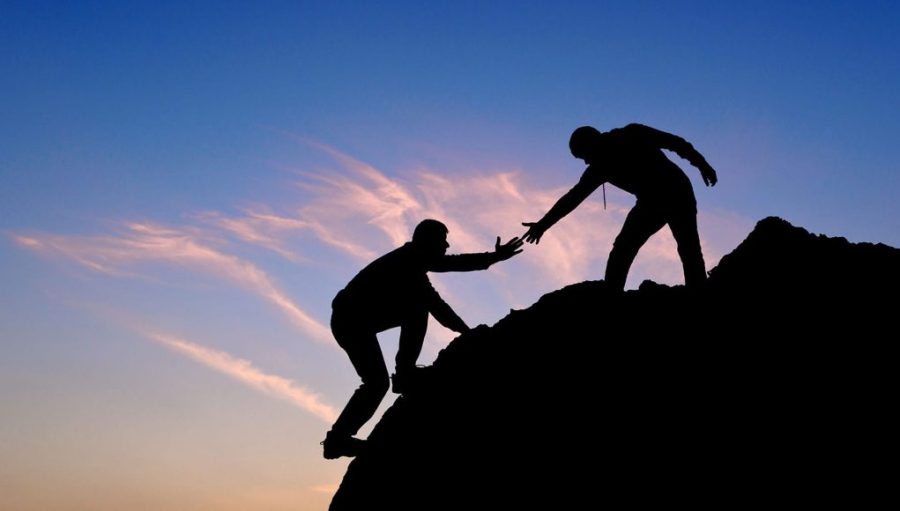 In western cultures we have gift exchanges during Christmas while in the east (China specifically) there is the exchange of red envelopes (money) between families.

There is no economic productivity that is produced from such activities. That is, no one has made a valuable good or service others will find value and in turn exchange the valuable things they have made to obtain them.

The reason behind it is the human tendency to reciprocate, which reciprocation can be defined as follows:

The human tendency to try to repay in kind what others provide us whether they be favors or gifts. Those who violate it are labeled moochers and freeloaders. We will go to great lengths to avoid these labels, even agreeing to unequal exchanges to avoid them. The behavior of repayment is deeply rooted in our evolutionary behavior, dating back to our earliest human ancestors. If a member of the tribe only took from the community and never gave anything back, they would soon be cast out because they did not contribute to the survival of the in-group

That Man Needs Some Help

So a story about putting this in action, I was in Siam Reap, Cambodia to see the famed Angkor Wat Ruins, the little mishap of getting there from the Capital Phnom Penh was outlined here.

Anyways after stumbling into Siam Reap at 4 in the morning, fighting off the hawkers, locating a hostel to book a tour with them and finishing the tour, I made the long walk to the north of town to catch my bus back down to the capital and onward to Ho Chi Minh City, Vietnam.

Once I got to the bus station in the middle of the evening, it was empty.

I made sure I had the right address this time though and the attendants confirmed this was the right spot, I was just early so I waited.

As time passed a Cambodian man sat a few seats down and waited also. I gave him a sideways look, so did he.

Soon I noticed out of the corner of my eye that he was swatting at a mosquito.

I had brought some “White Flower Oil” from Thailand to ward off these pests. This stuff was what one of the study abroad admins recommended when I was in Shanghai as an exchange student to keep these bloodsuckers away.

I brought some with me, and was real smug about not getting bitten all day despite all the exploration.

I was a nice person and offered him the bottle. He opened it, sniffed it and rubbed some on his nose and thanked me.

It was likely I spoke English and he spoke Khmer (Cambodian language) solely so we wouldn’t be able to communicate (my Khmer was limited to saying ‘hello’ and ‘thank you.’) so talking didn’t seem like an option.

I gestured “no, no, rub it on your skin to keep off the mosquitoes.” He got the message, did so and thanked me again. I tested him and it turns out he spoke quite a bit of English.

This man is a taxi driver in the capital, Phom Penh and is up in Siam Reap to see family. We shared a bit about each other and quite soon, bus was here.

Now this was an experience, these were over night sleeper buses and on the ride up to Siam Real, it was not completely full, so I slept in a relatively comfortable twin sized bed with a USB plug.

The bus on the way back was packed. The attendant told me I was to sleep double with a man that was already there.

“Just climb over him,” the attendant gestured. I did so hesitantly, now I was lying in a twin sized bed with a sweaty man I don’t even know pressed up next to me.

This is normal in Cambodia apparently.

It was all tolerable enough, until my stomach started hurting. I forgot to mention I had was exploring the night market the night before.

I had come across an English sign that was advertising “fried ice cream” and I just had to try. No one was buying, it was just me and it was only $1 USD, I couldn’t resist…

Yeah that did me in. I normally eat packaged, plain foods when I’m in a new environment to allow my body to adjust, and whenever I eat street food it’s the stuff that locals crowd around to ensure it’s relative safety.

I slipped up once and was paying the price.

I didn’t get much sleep that night in the sleeper bus, pressed up against a smelly man (I was smelly too) with a stomach ache.

Just trying to “hold it in” all night.

Once we arrived in Phnom Penh, I stumbled out of the bus. I saw the man I gave some of my white flower oil to when we were waiting for the bus.

He greeted me. With a distressed face, my only word to him was,

Immediately he looked concerned, asking around and being my translator. People asked where I was going, I said “Vietnam.” This man eventually asked the right person, there was a toilet (only Americans say bathroom/restroom, everyone else around the world says toilet) in the convenience store.

The man rushed me in, said “good luck” and left me to my ummmm, business…

In the end, everything worked out. I didn’t soil myself. Suppose I was just lucky again after eating that “fried ice cream” that no one was touching (it wasn’t that great) and I had an interesting sleeper bus experience in Cambodia.

I’m grateful for that man I met at the bus station, he helped me prevent a very nasty accident during a time when I was moving between countries. All it took was a small gesture when he needed a bit of help as a sign of good will, and he reciprocated.

That is the importance of being kind and helping people with no strings attached. Reciprocation is a corner stone in human behavior that extends beyond cultures.

And who knows, you never know who might help you out in your hour of need.

Now on to Vietnam.

Here is the “On Reciprocation“ chapter of Wiser Next Week. Take it and implement it into your own life.

On Reciprocation Wiser Next WeekDownload

“We Become What We Think About” (Wiser Next Week: On the Controllable and Uncontrollable)

“Check Your Adjectives”(Wiser Next Week: On Attitude)

“When Lightning Strikes Twice” (Wiser Next Week: On Change)

“Reap A Destiny” (Wiser Next Week: On Habit, Motivation & Willpower)

“Linking Theory With Practicality” (Wiser Next Week: On Decision Making)

“Budget Your Life” (Wiser Next Week: On Time)

“Always Have Your Guinea Pigs” (Wiser Next Week: On Learning)

“Look In Your Pockets” (Wiser Next Week: On The Simple Life)

“Just Pretend For Their Sake” (Wiser Next Week: On Management and Leadership)

“A Tale of Two Jobs” (Wiser Next Week: On Parenting)

“Disarm Your Adversaries” (Wiser Next Week: On Relations with Others)

“Avoid That Tourist Price” (Wiser Next Week: On Negotiation & Influence)

4 thoughts on ““Do Unto Others As You Would Have Them Do Unto You” (Wiser Next Week: On Reciprocation)”