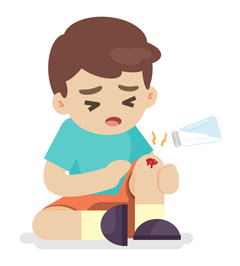 In the Adventures in TEFL series, I will be recounting stories from my year in Thailand Teaching English As A Foreign Language (TEFL) to students age 11-16. Applied philosophy is used to take these lessons for utilization outside the classroom.

I struggled greatly with the 9th grade class,which I mentioned earlier in the previous post when I acted all autistic (socially unaware) when I brutally reprimanded one of these 9th Graders in the parent teacher conferences.

A few short weeks after, one of my fellow teachers walked in one day mentioning one of these 9th Graders yet again. This time around, one of them had the brilliant idea of writing the “F bomb” on his phone case and waving it around in the cafeteria before class in front of his classmates.

My fellow teacher continued saying what a bad influence said student was being. Many of these 9th Graders were seen as a lost cause whom would be leaving for high school in a few short months, but the majority of the school was elementary age students whom were being exposed to these profanities.

“You In My House Now”

So after another unpleasant class with these 9th Graders that afternoon, I asked said student to join me in the teachers room where his homeroom teacher and the other Thai teachers.

I proceeded in using a raised voice in lecturing this boy. Going on and on asking him to explain himself in front of the other teachers with his English. Why are you never paying attention in class, why do you have the f bomb written on the back of your phone and so on and so forth. Continuing by saying perhaps he would be able to respond if he paid attention in class.

I was met with a glare from this 14 year old boy. He was surrounded by teachers while I began raising my voice more and more. Wasn’t much he could do, eventually he stormed out of the room while a few of the female teachers tried to sooth me which did irk me as I didn’t need to be soothed.

The homeroom teacher eventually informed me she would arrange a meeting with the principle, herself, me and the students in this class.

I won’t get into that, what I will say is that they did behave better afterwards.

How Weaknesses Are Exposed

Suppose the reason I was soothed was because I over did the reprimand. I didn’t realize it at the time, but raising my voice when I was in an environment where I already had him by the reigns was useless. What it did show was a deep seeded insecurity that I was unable to control this 9th grade class as a whole, which led to me venting on one student.

It exposed an insecurity, because when you overreact to a problem, it shows that you have been hurt. The most simple analogy would be that of rubbing salt on a cut. If you had an open wound, most people would flinch, showing that you had a weakness.

Same concept applies to how people treat you, any highly emotional reaction indicates they’ve found a pressure point. And any less savory elements of society would be tempted to put pressure.

As such, often times it is wise to maintain a “poker face” and keep your cards close at hand.

2 thoughts on ““Salt on Wounds” Adventures in TEFL #6”