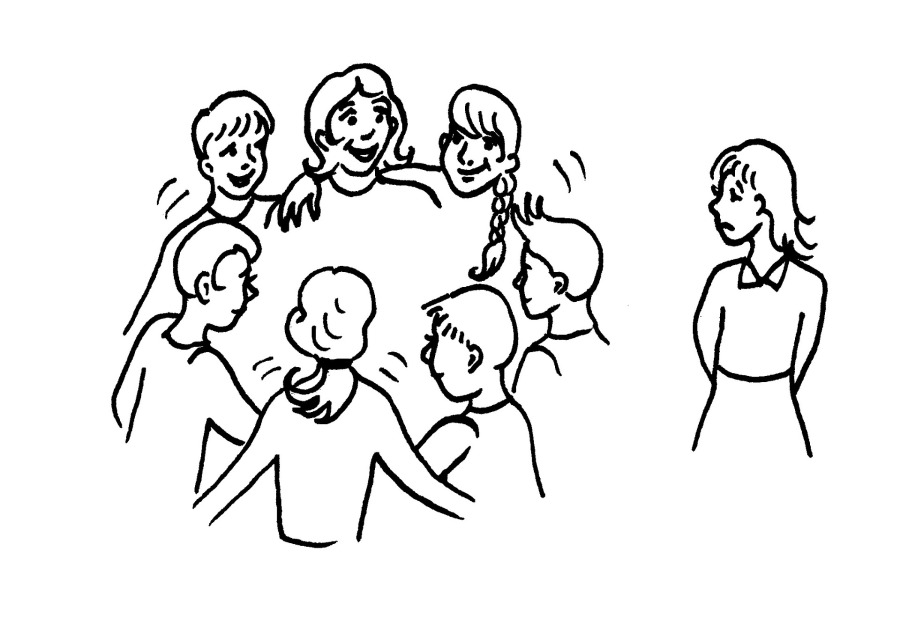 In the Adventures in TEFL series, I will be recounting stories from my year in Thailand Teaching English As A Foreign Language (TEFL) to students age 11-16. Applied philosophy is used to take these lessons for utilization outside the classroom.

I remember as an English teacher in Thailand last August I had already spent a fair amount of time on the job. About 3 months to be exact back in August, I noticed some signs that were hung up as I walked up the stairs to the classrooms.

Now these were written in Thai so I had little idea what they said. I looked at the images though and they seemed to be that of adults with school children plus the English words “Open House” were written so it had to mean parents were going to be present.

I looked over the scwiggly markings (how I describe Thai words) and saw amist the gibberish: “19 (Thai word) 2562 (the year on the Thai Calendar)” The 19th (or thereabouts) was a Saturday. So based on my guestimation, the Open House was going to be on the coming Saturday where I could meet some of the parents of my students.

So that Saturday, without consulting anyone, I just showed up at the school. The head of the junior high/high school students, “Ms. Add” was very surprised to see me.

“Do you want to see some parents?” Ms. Add asked

“Do you speak Thai?”

Ms Add disappeared for a while.

When she returned a young and good looking woman with a warm smile (Thailand is the “Land of Smiles” after all) was next to her. Let’s call her Ms. G.

Ms.G explained that she would be my translator today and we went about setting up an impromptu station for me to meet some parents.

The parent teacher conference went along much like when I was growing up with the 2 caveats being:

2. There was a translator present

I learned more about individual students. Some were growing up in troubled families, one was said to be autistic, another found English unnecessary (oh dear) and on and on.

The great and not so great students started to blur together as I was not used to meeting so many new people all at the same time. But then one of moms that showed up made me sit up and pay attention.

This mom said she was the mother of one of the 9th grade boys. Now this boy was the student I liked least, a very disruptive “student” that made an already challenging class into a whole new level of unpleasantness.

Heck I remember when his cousins moved to a different school I was (internally) screaming,

Now was my chance to do something about this boy. I got his momma now. After the basic pleasantries where I learned the mom spoke fluentish English, I began roasting this boy.

Starting off with my statement that I thought he was the worst student out of all my 90 students, continuing with my thoughts on how he probably thinks he has a silver spoon in his mouth so doesn’t have to work and on and on.

While spewing this little monologue of mine, I could tell Ms. G, who was so kind in assisting me so far, was hesitant in translating my words. This mom knew enough English to understand my point. She countered with a few calculated points which I didn’t really listen to. We ended the conversation with more pleasantries but I could sense a tension between us.

After wrapping everything up and leaving for the day I saw a group of 8th grade parents huddled outside, I waved and called out that it was nice meeting them before leaving.

Be Economical With The Truth

The following Monday the head teacher pulled me aside to talk about my unannounced insertion into the open house. He asked me next time to let him know before going in, with the pretext being he wanted to be there to back up any miscommunication as he spoke fluent Thai.

Afterwards he asked me what I learned about the students. The whole spiel would be too long a conversation. The important thing is when I got to the 9th grade boy’s mom and what I said, the head teacher said I needed to be more “economical with the truth.” I didn’t want to listen, I’ve always been a straight shooter and intended to keep it that way. In my childlike innocence I didn’t realize the world isn’t always so black and white.

I failed to understand social situations. As I taught in a private school, the students were sometimes viewed upon as paying customers with it being important to keep said students (& their parent by extension) happy.

Me going on and on about how terrible one student is doesn’t help anyone and only serves to antagonize people. Luckily for me there were only 2 9th grade parents that came to the open house because parents talk. The group of 8th grade parents I saw before leaving may very well have been taking about me, the only foreign teacher present. And needlessly aggravating one could easily turn the lot against me.

Because a very human fact is that the truth is what it is, but often times we don’t want to hear it. We may know it’s true, but we don’t like it when people call us short/fat/bald. Therefore, oft times, the truth turns people against us, making needless enemies.

Plus, you never know when you’ll mess with the wrong person whom can really hurt you.

Don’t Laugh At The Emperor

A very clear cut example of this is the story of “the emperor has no clothes.” Everyone knows the emperor is butt naked, but no one dare say in fear of reprisal. No one except for the innocent child. So often times it is necessary to be “economical” with the truth, withhold it, or repackage it with the purpose being two fold.

1. You get your point across

Be aware of social situations, don’t be autistic* like me.