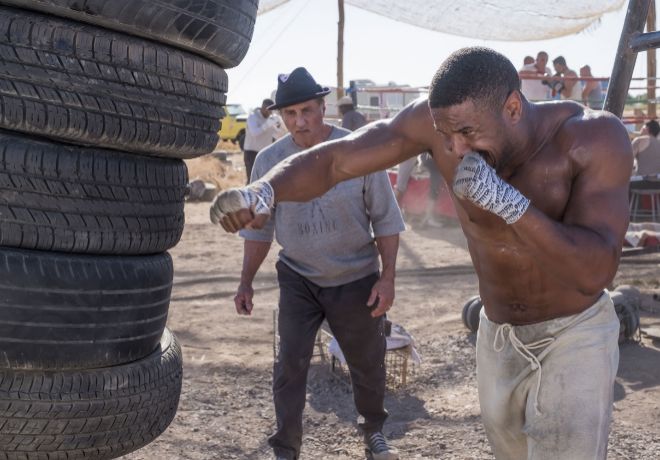 About Kingston’s Short Stories: In this series, I’ll be sharing one story from every year of my life. The stories may at times seem mundane, but its these day to day occurrences that define us. A lesson is then pulled from each story.

When I was 17 years old (or thereabouts), my father broke his leg from a nasty spill that was a catalyst for a bunch of preexisting conditions being brought to light. This led to him being sent to a nursing home when I was a high school senior. So normally after school, if I wasn’t working, I would visit my dad in the nursing home.

Of course I was too ashamed to tell anyone that, and besides, I didn’t have any real friends. Outside of seeing my father and doing menial tasks, high school me didn’t know how to help him. There was someone else handling the admin side of things from insurance to retirement (my dad was in his late 70’s at the time). I didn’t know what to do and I remember my mother said that I didn’t care about my family, those words cut deep and I’ve never forgotten them.

“Your Father Needs A Shave”

Back to my father, one day after school, I remember visiting my father again after school in the nursing home. His beard was growing quite long and needed a trim. Problem was both his arms were fractured so he couldn’t shave on his own. This being a menial task, I set down my school bag and helped him.

I don’t talk much, and when your face is being shaved, you don’t talk much neither. So me and my dad were in the bathroom in silence. Until he broke the silence. He said,

‘So, have you begun shaving yet?’

“Why weren’t you there to teach me? You’re my father that’s your job.” I thought to myself.

I felt so disappointed.

I didn’t say a word and kept helping him shave his beard, thinking about the Gillette commercial of the father showing his son how to shave.

“I Needed You But You Weren’t There”

As a high school senior, I was just about to head off to college next year and in retrospect I felt so unprepared. From not knowing how to cook, to laundry, how to talk to girls and other young men. My father didn’t teach me none of that.

And he spent years as a bachelor in London, far from home. Yet he passed on little of that knowledge.

My mother noticed my indifference towards my posthumous father late last year and this one. And even now during our phone calls, she would talk about the old cards she’s digged up that my father wrote me when I was 19,20, 21 years old and out of the house. How he wrote about all the great things he wanted me to achieve. And how proud he was when I published a book at 22.How he constantly asked about me weeks before he expired.

When I was 19, 20, 21 I ate up all the extra attention I got from my parents. But as I finished college, I began to understand that they gave me extra attention because they were empty nesters and needed something to latch on to.

I came to this conclusion and thought back to my adolescence. 13,14,15, 17 when I was helping my father shave.

That was when I needed a man in my life to show me what’s what.

And by the time when I was in college and post college when he began caring more about my life, it seemed more out of selfish intentions (same with my mom.) And quite frankly it was just… too late.

By my post grad years, I’ve had more then enough unpleasant run ins with people and occurrences where I should have known better if I had that guidance as an adolescent which turned me a shade cynical.

Besides, by the time I was 23 I more or less knew how to take care of myself in college, post college and overseas. I needed him the most in my teenage years, but he wasn’t there.

Pick Up The Pieces

It’s part of the reason why I’m on this global odyssey round the globe. It feels as though there are so many holes in my life which could have been prevented as an adolescent, but weren’t. How I’m left to figure it out on my own.

You know several months ago I said that a man has 2 families. As of this writing I wholeheartedly believe that. The family of my childhood, I’ve more or less left in the rear view mirror. If there’s an urgent need, I’m still there to help sure. But I just keep driving, taking the lessons I’ve learned in my upbringing and projecting it into the future.

And to my future children decades down the road, I just want to do right by them, that’s all.

Kingston was born and raised in San Francisco, California. He is currently on a global odyssey figuring out how to make the biggest splash in the shortest amount of time. He loves learning new things and has been an accountant, author, school teacher, university guest lecturer, farmer, street musician and missionary across 4 different continents.

Another training course to further my skill set, this time a Occupational First Aid Course with the Kenyan Red Cross
Continuing to develop my repertoire of skills. This time with fire marshal training in the Kenyan Red Cross 🇰🇪
Jamming with church brothers with the little I've taught myself on the piano. Not afraid to fail. Failing till I succeed. Link in bio for YouTube recording.
Spending a month learning the basics of how to drum. Link in bio for the full clip.
A fun little mini adventure. Getting lost in the urban jungle of Dar and ending up taking 5 different dala dalas (buses) over 4 hours to visit an orphanage run by my church brothers.
Just a brief talk in an African church in front of a small crowd. It's been so long since I had a chance to lecture in front of people and reminded me how much I miss it. Fond memories of Thailand when I had my own students.
Follow Kingston S. Lim on WordPress.com